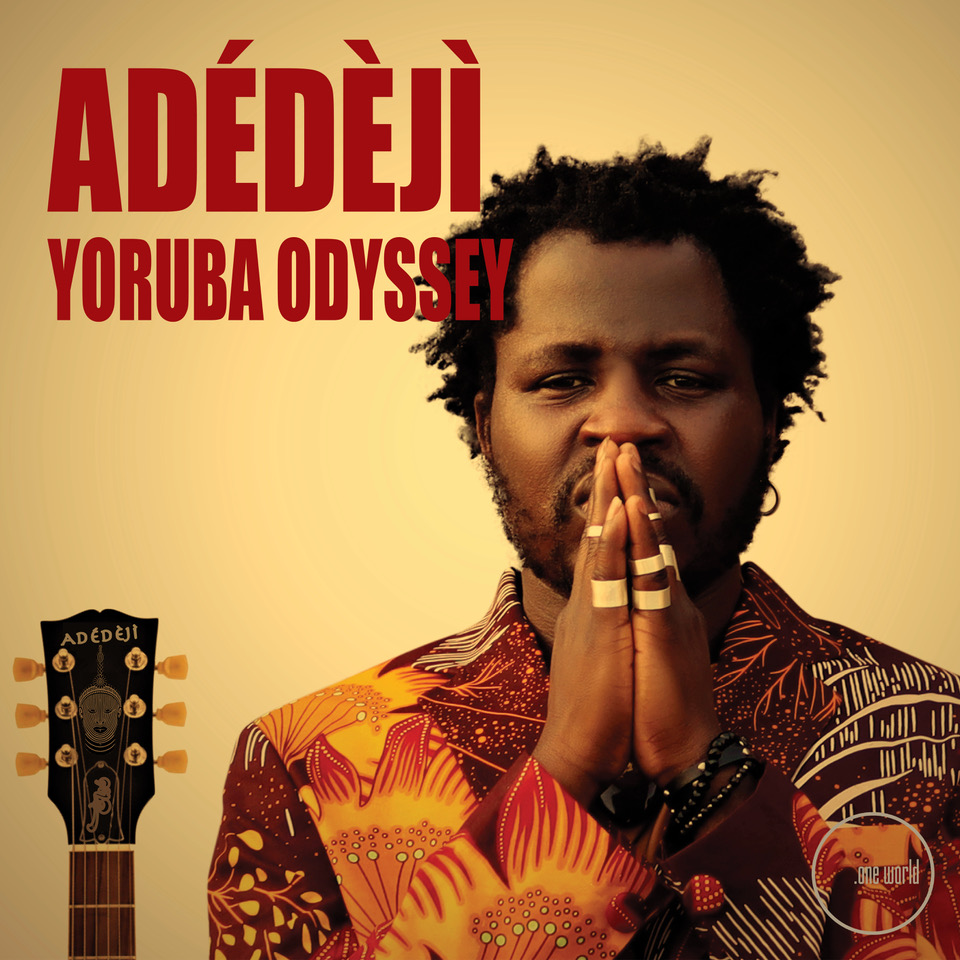 Oh, the new album has changed the sound color quite a bit.
The previous two albums were sophisticated jazzy pop, and Adedeji gave
us a sound that I would like to describe as Yoruba Mellowness. The new album puts rugged jazz-funk on the front and develops a rough and tough sound throughout the album. A new Nigerian talent, Adedeji, who is active in a field different from the Afro beats scene, will release a new work from Danish emerging label One World. “Yoruba Odyssey” is a title that has implications. He traveled to Aphrodisia Studios, the legendary Legos studio where many Nigerian artists such as Victor Olaiya , Fela Kuti, Sunny Ade, Ebenezer Obey, etc. have recorded , and finished in just three days. is based in Athens, Greece, doing post-recording. The album starts with Afrobeat’s ‘Oruku’. A unique song with sticky repetitive riffs that are somehow erotic. Adedeji’s vocals are also good , as if Fela Kuti’s trickster character was possessed . Thanks to that, from the very beginning, I was agitated, agitated. This opening alone gives the impression that it is completely different from the previous works.